Join us on the 5th December 2022 for this one-week extraordinary Red Sea diving holiday. Hosted by our friend, biologist Dr Elke Bojanowski (AKA the Shark Lady) who will guide us around some of the world’s most pristine reefs. Elke, who has been in the Egyptian Red Sea since 2004 also heads up the fantastic charity www.redseasharks.org. As well as taking you to see sharks up close and personal she will do regular talks throughout the week on the different shark species in the Red Sea, how to dive with sharks safely, why sharks are so important to the health of our oceans, the plight of sharks and how you can help her research.

Scuba Scene’s Sea Legend is a steel-hulled liveaboard, 42 m long and 9 m wide., fitted to rigorous safety standards. She is spacious, comfortable and beautifully laid out, with a maximum capacity for 26 diving guests. Two large speedboats fitted with tank racks and dive ladders are supporting the diving activities.

Other options available on request

Visit some of the most famous Red Sea dive sites: the Marine Parks of Brother Islands & the North taking in beautiful coral reefs, pelagics as well as the winter sun.

The boat comes with the usual refinements offered by the team at Scuba Scene including sumptuous food, large & powerful ribs, saloon with TV and entertainment centre, bar area and sun decks. Cabins are spacious and most can be changed from twins to doubles.

Ahmed is a tech instructor, that has worked in different areas of diving over the last 20 years, mostly on liveaboards. He is the current operations manager of TDI/SDI Middleast.
Elke is a divemaster and biologist specialising on the study of Red Sea shark populations, and the founder of the Red Sea Sharks Trust, a registered charity for shark awareness and conservation. She has worked on Egyptian liveaboards for 16 years.

Their combined experience and different specialities make them ideal organizers and hosts of your Red Sea diving liveaboards. 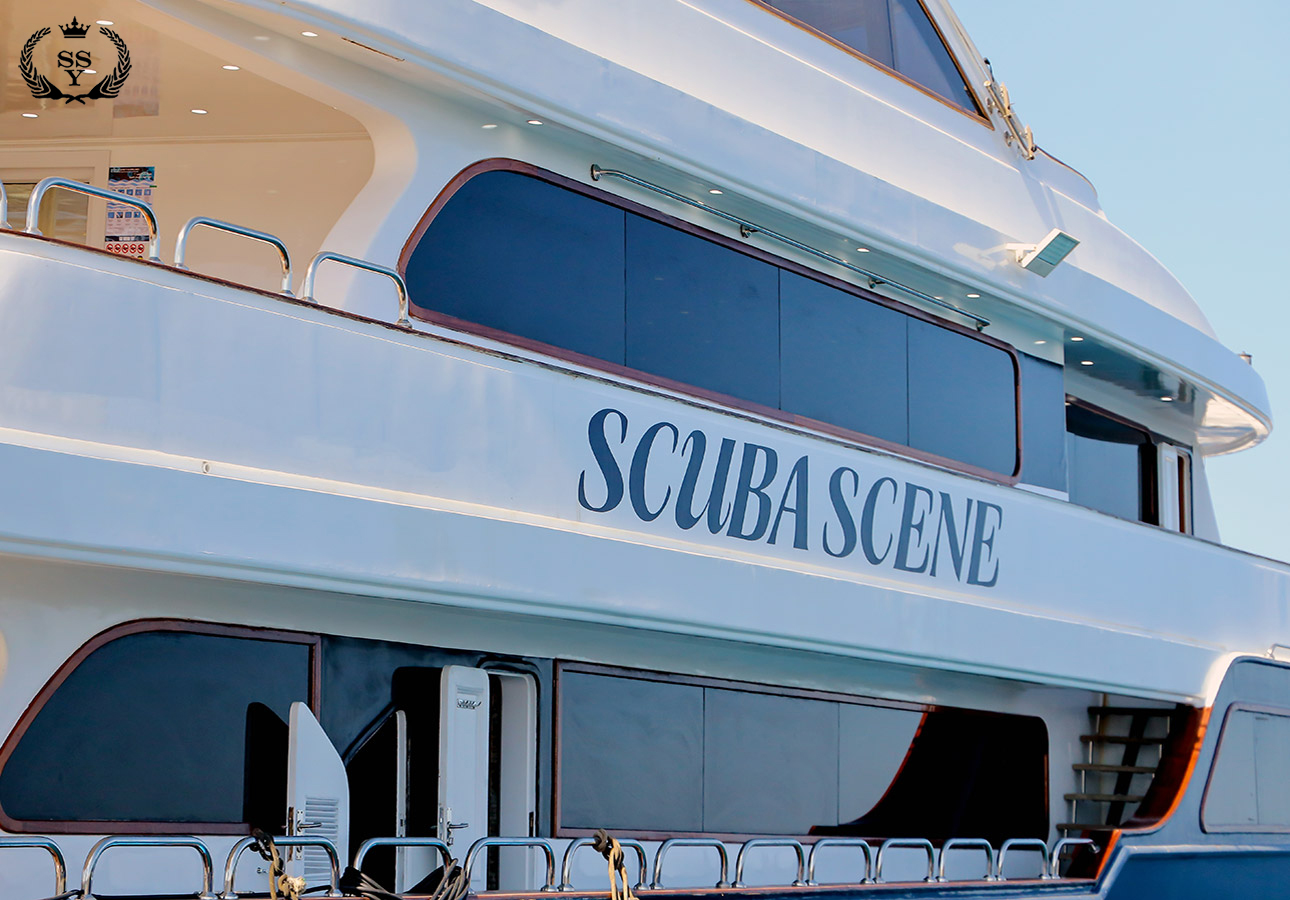 The northernmost part of Egypt’s offshore marine park is made up of two islands 60km away from the coast and 140km south from Hurghada. The larger island (complete with a lighthouse from 1883) is 400 metres long with a spectacular plateau on the south east corner which is dotted with coral mountains and famous for thresher and grey reef shark sightings. The western side of the island has two impressive wrecks which both lie almost vertical on the side of the reef. The most spectacular is the Numidia, a large cargo steamer which sank in 1901 and now lies on the tip of the island between 10 and 80 metres covered in soft corals and frequented by large pelagic predators. The smaller wreck of the Aida (sitting between 30 and 65 metres) was a lighthouse authority supply vessel which sank in bad weather in 1957.

The smaller island, whilst only a little over 200 metres long, hosts an incredible concentration and variety of marine life. There is a pristine fan coral forest, a massive collection of hard and soft corals and compelling overhangs to explore. The highlight is the fish life; with regular seasonal sightings of hammerhead, thresher, grey reef and oceanic whitetip sharks.

One of the most famous wrecks in the world. This legendary ship was sunk by Germans during World War II while it was carrying it’s cargo to the British troops in Africa. You can now swim around the hull of the ship and look inside to see its cargo of motorbikes that are still in their racks, trucks, ammunition, wellington boots, coal and airplane parts.

Probably the most famous marine park in the Northern Hempishere there is a choice of dive sites here including Shark & Yolander reef and Jackfish Alley. These are home to big schools of fish, walls and pristine coral.